Authored by Climate LinkUP Panelist, Prof. Saleemul Huq – Director of the International Centre for Climate Change and Development (ICCCAD) at the Independent University, Bangladesh (IUB). Originally this article was published on August 23, 2022 at Daily Star.

The tiny island nation of Vanuatu, located in the Pacific Ocean, is highly vulnerable to the adverse impacts of human-induced climate change. And along with other climate vulnerable island countries in the Pacific, it has been leading the world on the issue of loss and damage.

Recently, Vanuatu prepared a resolution for the upcoming session of the United Nations General Assembly (UNGA) in New York, US in September, seeking an advisory opinion from the International Court of Justice (ICJ) on the topic of loss and damage from human-induced climate change. Such an advisory opinion by the ICJ would not necessarily name any particular polluting country; it would rather give an opinion on whether or not a victim country can bring a case against a polluting country in the future. This would be a legal way to make polluters pay under international law if it goes into effect.

An interesting feature of this bold action by Vanuatu, which has received strong pushback from some of the polluting countries, was that the idea was first put forward by a group of law students in the Pacific region, who prepared a brief on this procedure of going to the General Assembly first and then to the ICJ for an advisory opinion, and present it to the other island nations in the Pacific. The government of Vanuatu was the one who then took the lead in taking this forward formally, and is now seeking the support of all the vulnerable developing countries for the resolution at the upcoming UNGA session. If this resolution is passed, then the ICJ can give an advisory opinion on the legality of loss and damage claims between countries.

This is not the only arena where loss and damage court cases are taking place. There are by now dozens of cases being taken forward under national law jurisdictions where citizens, in many cases youth, are suing their own governments for not doing enough to protect them from the incurring losses and damages from human-induced climate change. These cases are making their way up the court systems in countries like the United States, Germany, Australia and the Netherlands. Some are making good progress. 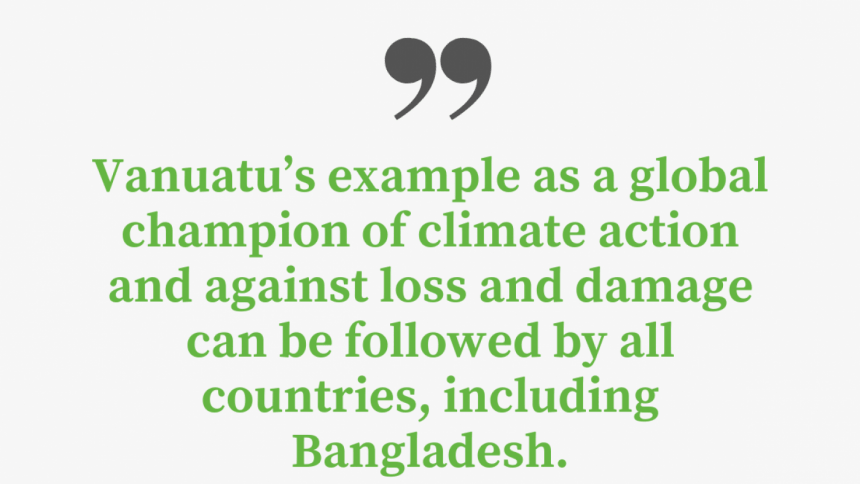 The main reason for resorting to courts, both under national and international jurisdictions, is that the United Nations Framework Convention on Climate Change (UNFCCC) has failed to adequately deal with the issue of tackling liability and compensation for losses and damages suffered by the victims of pollution. Thus, even though the vulnerable developing countries have raised this issue at the annual climate change conferences (Conferences of Parties – COPs) of the UNFCCC for many years, they have not been able to get an agreement as the polluting countries have always blocked any discussion on liability and compensation. Hence, while the struggle to take this issue of finance for loss and damage is still being pursued by the vulnerable developing countries, other avenues of legal actions against the polluters need to be explored.

There is also another movement, mainly by civil society actors, to target the fossil fuel companies who not only have caused pollution for decades, but also profited from the losses and damages they have been responsible for. At the same time, a number of countries who block discussions at the COPs are also fossil-fuel-exporting countries. The argument by civil society groups is that the fossil fuel companies should be forced to pay compensations to their victims.

Even though this is still a long shot, it is worth using to frame the polluters as the villains who are causing the losses and damages.

Finally, it is worth mentioning that some efforts are also underway to provide finance to the victims of human-induced climate change through funds allocated by the governments of Scotland and Belgium’s Wallonia, as well as a number of foundations. At the same time, the Climate Vulnerable Forum (CVF), a platform of climate vulnerable countries across the world, and its finance ministers (collectively called the V20) have created a fund facility to support the victims of climate change in vulnerable countries to support them as quickly as possible.

Vanuatu’s example as a global champion of climate action and against loss and damage can be followed by all countries, including Bangladesh. We hope the resolution proposed by Vanuatu will pass with overwhelming support at the UNGA session next month. Also, we hope that all the countries will agree to adopt loss and damage as a standing agenda at every COP, starting with COP27 which is scheduled to be held in Egypt in November this year.

The marine environment, nature’s solution to climate change Authored by Professor Rick Stafford, based at Bournemouth University and a co-facilitator of our Climate LinkUP Expert…

Please confirm you want to block this member.

You will no longer be able to:

Please note: This action will also remove this member from your connections and send a report to the site admin. Please allow a few minutes for this process to complete.

You have already reported this
Clear Clear All